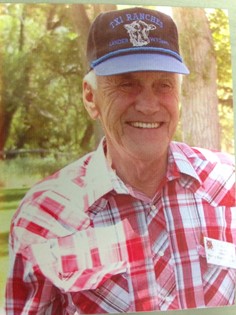 Guestbook 2
Henry J. Hudspeth, Jr., 88, of Lander, died at his home on Sunday, September 7, 2014. As were his wishes, cremation has taken place and no services will be held.

Henry John Hudspeth, Jr. was born on June 3, 1926 in Sacramento, CA to Henry J. and Irene (Deeds) Hudspeth. At the age of 2 months the family moved to Lander, WY and he lived all of his life there. There were two exceptions, one when he served three years in the U.S, Marine Corps during World War II and for three years in the early 1950’s when he was in Alaska.

On February 28, 1948 he married Elaine LaJeunesse in Lander. Two children were born of this union, Christine Hudspeth Wilcox and Patrick Hudspeth. Elaine passed away on May 19, 2011 after 63 years of marriage.

Mr. Hudspeth was in construction the forepart of his life and associated in the mining industry the latter part. He was an officer and director of three public held mining companies.

He was past commander and life member of Post #33 American Legion and held numerous offices in the Legion and the 40 & 8.

He is survived by his two children, Christine Wilcox of Wellington, CO and Pat Hudspeth and his wife, Laura of Cheyenne, WY; his sister, Marge and her husband, John LeClair of Mesa, AZ; his three grandchildren and six great grandchildren; and numerous nieces and nephews.

He was preceded in death by his parents, Henry and Irene Hudspeth; his wife, Elaine Hudspeth; and his son-in-law Jim Wilcox.