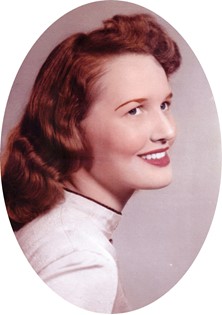 Patricia Ann Berry was born on September 7, 1939, in Tucson, Arizona to Opal L. Philbrick Berry McMullen and George Kenneth Berry. Pat was the youngest of three children along with her sister Peggy and brother Larry, were raised in Evanston, Wyoming. She graduated from Evanston High School in May of 1957.

On April 23 1959, she married Robert “Bob” Reddon, in Laurel Maryland, who was serving in the United States Army. Together they raised three children, Vicki, Brenda, and Ron. Their oldest daughter, Vicki was born at Hill Air Force Base in Utah, Brenda was born in Evanston, and their son Ron, was born in Cheyenne. Their family lived in many Wyoming communities, Evanston, Rock Springs, Cheyenne, Laramie, and Cody. In 1984, Pat and Bob moved to Riverton, where she resided until her death.

Pat was an avid book reader and in her final years enjoyed listening to her audiobooks and solving jigsaw puzzles.

Cremation has taken place and a private graveside service for family members and close friends has been scheduled.