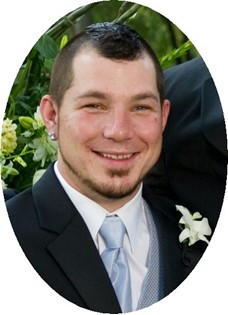 Guestbook 17
Funeral services for Patrick Michael Wintermote, 30, will be held 1:00 p.m., Saturday, September 27, 2014 at Davis Funeral Home with Echo Klaproth officiating. Interment will follow at Lake View Cemetery in Shoshoni, WY. A visitation will be held noon until service time on Saturday.

He passed away September 22, 2014 at SageWest Hospital in Riverton.

He grew up and attended school in Big Piney until the 4th grade when he and his family moved to Shoshoni where he graduated high school in 2003. He then attended Central Wyoming College, receiving a 1-year scholarship studying broadcasting. Patrick later studied drafting & design at Casper College.

He worked as state manager for Stake Center locating. He also worked for Maddock Enterprises as a roustabout in the gasfields near Shoshoni and Lysite.

His family said that Patrick was a very spiritual person who believed music was his religion. Patrick was a musician/songwriter who could play the drums, guitars; anything he wanted to play, he just did it well. He loved playing football and wrestling with his son, Ayric. Friends were extremely important to him.

He was preceded in death by his grandmother, Jan Wintermote.

Memorials may be made to the Tough Enough Cancer Fund in care of the Davis Funeral Home, 2203 W. Main Street, Riverton, WY 82501.