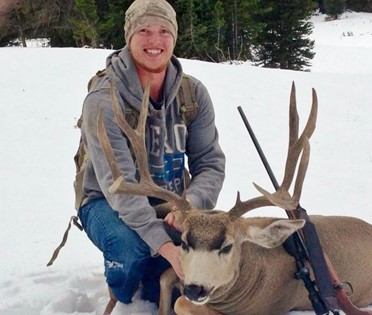 Guestbook 4
Tanner Joe Clark, 25 of the Riverton/Pavillion area, passed away on Sunday, September 28, 2014 in The Greater Natural Buttes Basin of Utah. Tanner was born on June 12, 1989 in Lander, WY to Robert S. Clark and Bernice C. VanWoerkom. He grew up in the Pavillion area and attended school at Wind River Schools, graduating with the class of 2007. He was a lifelong member of the National Rifle Association and the Rocky Mountain Elk Foundation. After graduating high school he worked for H&P Drilling and Unit Drilling. At the time of his passing he was working for SST Drilling as an assistant driller. He was one hell of a Roughneck.

His family said that he loved hunting, fishing, and being outdoors. He adored his nieces and nephews and spending time with them anywhere he could especially while sharing his passion for hunting, fishing and the outdoors. His family always took priority in his life. His two Pit Bull dogs, Krystal and Pendleton, were his four legged children. They were always by his side wherever he went. Tanner was always willing to help anyone, he would give the shirt off his back or give his last dollar away to help those in need. Family and friends meant everything to him! He cherished every moment spent up in the mountains he was a true Country Boy. Tanner had one last GREAT hunt with his fiancé; a once in a lifetime non-typical antelope, just a week before passing.

If you would like, please feel free to bring your favorite side dish or desert.

In honor of Tanner the family asks that camo be worn as attire to the celebration of life.