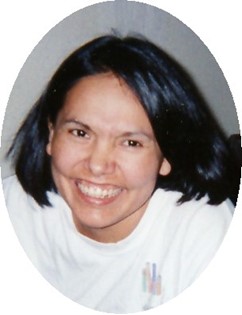 Guestbook 11
Funeral services for Michelle Leigh “Shell” (Harris) LaJeunesse, 45, will be held 10:00 a.m., Tuesday, October 7, 2014 at Blue Sky Hall. Interment will follow at Yellow Calf Cemetery. A wake will be begin at 6:00 p.m., Monday, October 6th at the home of Pat and Clarisse Harris 259 Plunkett Road.

She graduated from Wyoming Indian High School and then received her Associates Degree in Accounting from Central Wyoming College. Michelle lived in Big Pine, California until 1981, then lived in Denver, CO from 1993 until 1995 until she finally moved to Fremont County and Wind River Reservation in 1996 until the present time.

She married Julius LaJeunesse on December 2, 2011 in Lander, Wyoming.

Shell enjoyed spending time outdoors fishing and hunting. She also enjoyed playing sports such as basketball and softball and also loved to cook.