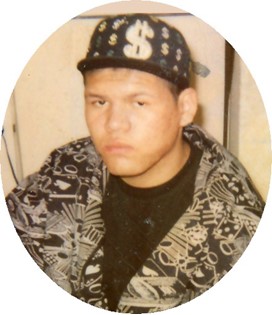 Guestbook 1
Funeral services for Jared Little Whiteman, 21, of Riverton will be held on Friday, October 10, 2014, at 10:00 am at St. Stephen’s Catholic Church. A rosary will be at 7:00 pm at Great Plains Hall on Thursday, October 9, 2014, with the wake to follow at the home of Joanne Blackburn located at 950 Rendezvous Road.

He worked on the Arapaho Ranch as a ranch hand. One of his jobs was breaking horses and he was good at that and even helped others with their horses.

His family said that he enjoyed fixing cars and was good at leatherwork. He was always working on something; he had to keep his himself busy. He loved horses, the outdoors, being a cowboy, listening to music, being with family and friends. His family said he was especially good with children and loved being around his little brothers.