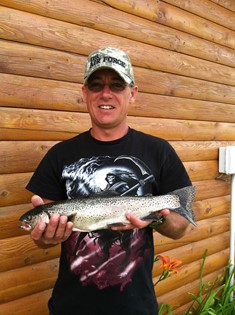 In high school, he was involved with the Junior ROTC where he became interested in joining the U.S. Air Force, which he did after graduation. He earned degrees in Personnel Management and Computer Programming while serving. He served for several years and was honorably discharged.

He was a member of the Mt. Calvary Lutheran Church of Dubois.

He worked for Wind River Meats and also was self-employed before his passing.

He enjoyed fishing, the outdoors and movies. He had a great sense of humor and was a practical joker; he made friends quickly wherever he went. He enjoyed cooking and was talented in that area.