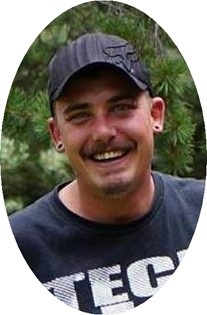 He worked in the oil industry as a “rough neck” and loved it. He also did some farming.

His family said that he loved fishing, camping, working with stereo systems, and being “mauled” by his nieces and nephew.

He is survived by his father, Dean Willenbrecht; his mother and stepfather, Cindy K. and Gene Rowland; his sister, Crystal Lynn Schubach and her husband Ron and their children, Elijah, Lily, Tyaira, and Emma; his sister, Stefanie Lynn Albuju and her daughter, Kayden Star; his grandparents, Betty and Clyde Stagner and Doris and Clyde Forbis; his aunts and uncles and families, Scott and Karen Willenbrecht and his son, Derec Scott, Brenda and Brian Johnson and their children, Kelly and Justin Davidson and their son, Beckett, Kristy Johnson and fiancé, John Dill and her daughter, Haley Johnson, Sheryl and Casey Sullivan and her daughter, Megan and her husband, Bryan Maiden and their sons, Dakota and Noah, and uncle Mark McMackin.

He was preceded in death by his grandfathers, Fred Simmons and Bob Willenbrecht.