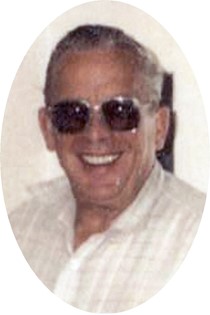 He went to school and graduated in Riverton. He married Helen Shank in 1956. They made their home in Lander, where they worked and raised their four children. In 1987 they divorced. Bob was employed at U.S. Steel for over 25 years as an electrician. He moved back to Riverton and built his own home where he lived until his passing.

He is survived by his four children; Joyce Kitchell of Basin, Wyoming; Jim (Whitney) Martin of Casper, Wyoming; Robin (Jeff) Ballew of Elko, Nevada; and Michael (Laura) Martin of Amery, Wisconsin; by nine grandchildren and nine great-grandchildren; and nieces and nephews. He was preceded in death by his parents and by his three siblings James Martin, Edward Martin, and Marjorie Hood.

Bob enjoyed working on his house, which he built himself from the ground up, and meeting his friends each morning for breakfast. He was blessed with good neighbors, including his friend Terry who kept careful watch over him as his health began to fail. Bob was an avid reader, had a quick wit, and was very intelligent. In fact, he taught himself the electrical trade and prepared himself for the Master Electrician’s exam, and for several years he operated his own electrical business on the side. Bob was also an organ donor.

Memorials may be made to the Friends of the Library in Riverton in care of the Davis Funeral Home, 2203 W. Main Str. Riverton, WY 82501.