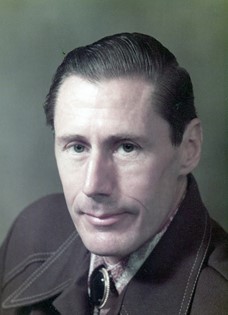 Guestbook 4
Malcolm Booram, 79, of Riverton, died on Monday, November 17, 2014, at the University of Colorado Medical Center due to complications following a broken leg.

A memorial service will be held on 10:00 am on Saturday, November 22, 2014, at Davis Funeral Home. Inurnment will follow at a later date.

Malcolm was of the Christian Faith. He was a “people person” who will be fondly remembered by many whose lives he touched.

He worked as a mechanic for Federal Partners in the Gas Hill when the uranium boom was going on. He then worked for a time at the count landfill. He was at his dream job when he worked at the sporting goods stores. He was willing to help anyone with questions, especially fishing. After he “retired” he was an attendant on the Senior Citizens Bus and was a “Grandfather” at Ashgrove School. He also ran a small business out of his home where he repaired fishing equipment and designed and built fishing rods.

He loved to see things grow and was well known for his trees and flowers that he tended to at his home in Riverton. He was awarded the Yard of the Month and was very proud of his yard. You could see him in the yard daily and he loved when you stopped and asked about a certain flower or tree. He loved to visit with people and was always helping out any way he could.

In 1978 he married Judith Wathern. They had one son, Drew. They later divorced.

He is survived by his son, Drew Booram and his wife Casey and his grandchildren, Addison and Asher all of Temecula, California; his sisters, Olive Booram of Riverton, WY and Mary Adcock of Casper; his nephews, Dan (Bert) Adcock and Bill Adcock of Casper, WY; his niece Melanie (John) Cutter of Sammamish, Washington; and great nieces, Autmun Cutter, Ande Adcock, Delita Boyd, and Carmen Legg.

He was preceded in death by his parents, Earnest and Kathryn Booram and a nephew, Jim Adcock.

Memorials may be made to the Nazarene Church in care of the Davis Funeral Home, 2203 W. Main Street, Riverton, WY 82501.