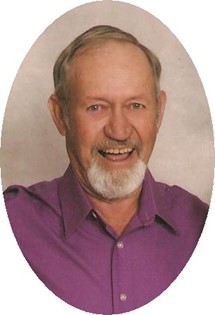 Guestbook 16
Everett G. Schilling, 72, of Riverton, died on Wednesday, November 19, 2014, at the Wyoming Medical Center in Casper. A memorial service will be held on Tuesday, November 25, 2014, at 2:00 pm at Davis Funeral Home. Everett Gene Schilling was born on January 19, 1942 in Sheridan, WY to William D. and Benetta E. (Brokaw) Schilling. He was one of four children. He was raised and attended schools in Sheridan. He graduated from Sheridan High School with the class of 1960. He was of the Lutheran faith. After graduating he went to work in Dubois, WY at the sawmills. While in Dubois, he met Reta Winchester. They were married on August 26, 1961 at the Church of Transfiguration in Moose, WY. Everett and Reta started a family while he worked various trades including construction and gas stations. The family also lived in Alaska for eight years while he worked at Chevron Oil. They later moved back to Riverton, WY in 1981 where he worked for the Riverton Memorial Hospital for 25 years before retiring five years ago. His family said that he loved camping, fishing, hunting, rock hunting, and everything outdoors. He was a master wood worker and loved how the wood would transform into an amazing form of art. He is survived by his wife of 53 years, Reta Schilling; his sons, Everett E. Schilling and his wife Gaye of Gillette, WY, Rodney D. Schilling of Carson City, NV, and Michael R. Schilling and his wife, Leilani of Gillette, WY; his grandchildren, Drew, Garrett, Skylar, Bryceton, Jerrid, Alyssa, and Trevor; his sisters, Cynthia Schelin of AK and Norma Alfred and her husband, Charlie of WV; his sister-in-laws, Ursula Schilling of TX, and Delores (Lloyd) Haslam of WY; and his brother-in-laws, Paul (Carolyn) Winchester of CA, Clyde (Pam) Winchester of WY, Doyle (Kathy) Winchester of CA, Raymond (Sharon) Winchester of CA, and Dale ( Penny) Winchester of CA. He was preceded in death by his parents, William and Benetta Schilling and his brother, Clayton Schilling. Memorials may be made to the Tough Enough Cancer Fund in care of the Davis Funeral Home, 2203 W. Main Street, Riverton, WY 82501. On-line condolences may be made to the family at www.TheDavisFuneralHome.com Services are under the direction of the Davis Funeral Home.