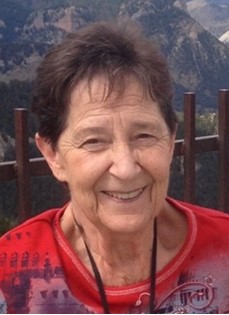 Guestbook 8
Carolyn Whitman, 73, of Riverton, died on Friday, November 21, 2014, at the Wyoming Medical Center in Casper as a result of an automobile accident. As were her wishes, she will be cremated and her ashes scattered.

Carolyn M. Thompson was born on June 24, 1941 in Randlette, UT to Gerald Marsh and Dora Beatrice (Miles) Thompson. She was one of six children. The family moved from Utah to Minnesota, then Oregon before settling back in Utah. She graduated from South High School in Salt Lake City, UT with the class of 1960. She then attended Brigham Young University (BYU), graduating with a Bachelor of Science degree in 1964.

After graduation she lived in Idaho until she was married.

On April 2, 1968 she married Boyd D. Whitman in Big Piney, WY at the 67 Ranch. They were married in the cookhouse. After they were married they moved to Riverton, WY and lived in a few places before settling on their farm on Peterson Road in June 1973. They raised their three children there and enjoyed the farm life.

She started working for the Riverton Police Department in 1983 as a Detective Secretary and then moved to Evidence Management Technician and eventually as an Investigative Technician a position she held at the time of her death.

Her family said that she was an artist and loved using oils, acrylics, and watercolors to produce wonderful works of art.

She is preceded in death by her parents, Gerald and Dora Thompson, her husband, Boyd Whitman; her brother-in-law, Nelson Whitman; her sister-in-law, Jeanette Thompson; and her nephew, Ian Corlett.

Memorials may be made to the Juvenile Diabetes in care of the Davis Funeral Home, 2203 W. Main Street, Riverton, WY 82501.