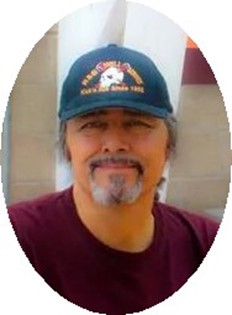 Richard L. Farris was born on May 21, 1956 in Riverton, WY to Taylor Henry Farris Jr. and Mary Helena Hanway Farris. He was raised in the Riverton and surrounding area. He did spend some time in Hawaii and Tacoma, WA but made his home in Kinnear.

He was baptized into the Catholic Faith and also practiced the Native American Beliefs.

He worked in the oil and gas industry most of his life and was also a certified welder.

His family said that he enjoyed hunting, fishing, camping, exploring the mountains, gun collecting, reloading ammunition, reading, golfing, singing and playing his guitar. He loved spending time with his children and grandchildren and taking family vacations. They also said that he had a thirst for knowledge and was always learning.

He is survived by, Brenda Lujan-Farris; his son, Noah Farris and wife Juliene, son Sherette Lujan; his daughters, Challace Lujan-Culver and husband Jamar, Roxanne Farris and Leonard Harris, and Cherise Farris; his brothers, Taylor “Thumper” Farris and William Plentybears; and his twelve grandchildren.

He was preceded in death by his parents, Taylor Henry Farris Jr. and Mary Helena Hanway Farris; his brother, Douglas Farris; his infant sister; nephews Brandon and Billy Farris, niece Krista Farris, and his grandparents.