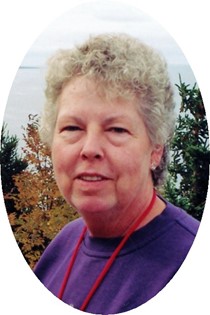 Constance Ann Moran was born on December 12, 1948 in Bozeman, MT to Jack Edward and Mary Madonna (Murphy) Moran. She graduated with the class of 1967 from Riverton High School in Riverton, WY. She lived and raised her family in Riverton, WY until 10 years ago when she retired to Grand Junction, CO. She returned to Riverton, WY in September 2014.

She worked for over 30 years as an x-ray and lab technician for Indian Health Services.

She was involved in the Rivercity Singles Group in Grand Junction, Co, which was for 50 and single. She enjoyed being around people and visiting.

She was preceded in death by her father, Jack Edward Moran; her mother, Mary Madonna France; and her brother, Richard Lee France.

Memorials may be made to the Friends of Hospice (Frontier Hospice) in care of the Davis Funeral Home, 2203 W. Main Street, Riverton, WY 82501.