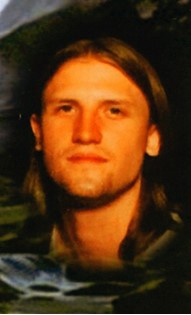 Michael John Anderson was born on July 22, 1979 in Riverton to Larry and Viola (Henderson) Anderson. While growing up, Mike attended schools in Riverton and Cody Wyoming. He then received his G.E.D. in South Dakota with the Job Corp. While in South Dakota he met his companion, Angie Foster, they had two children but later separated.

Mike worked for Precision Outdoor Power, Axiohm, and was working at the Chris Heil Ranch at the time of his death.

Mike loved to spend time with his friends and family. His hobbies were going camping, playing darts, video games, and playing pool. He loved to collect anything to do with Harley Davidson.

He was preceded in death by his father, Larry Anderson; his daughter, Kayla Rose Anderson; his grandparents, Herman and Violet Anderson and Dean Henderson and Lucille Kelsey; his uncle, Gordon Anderson; and his aunt, Judy Kelsey.