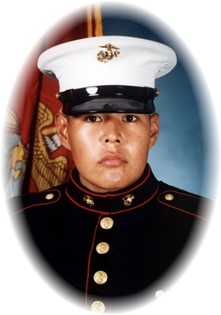 Leon Christopher Behan was born on November 25, 1979 in Riverton to Virgil James Behan, Sr. and Janet Rose (Headley) Behan. He was raised in the Riverton area until he was in 6th grade when he moved to Thermopolis. He graduated high school from Hot Springs County High School with the class of 1988.

He was baptized into the Catholic Faith.

He joined the United States Marines right after he graduated and served four years. He served in both the Gulf War and in Afghanistan. He was honorably discharged and returned to the Riverton area.

He worked at the Wind River Casino for a time before he started his career with the Volunteers of America at the Center of Hope as a health technician. He had been there for five years before his death.

His family said he loved going to the casino and working with people helping them through the tough times.

He was preceded in death by his mother, Janet Behan; his grandparents, Joseph and Gloria Headley; and his adopted brothers, Gerald M. Bonds, and James Burning Breast.