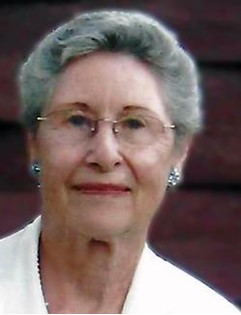 Guestbook 6
Wilma Jean Beckman LeVan, 82, of Charlottesville, Virginia, passed away on December 15, 2014, at the Hospice House in Charlottesville. She was the daughter of the late E. W. “Jim” and Melba Gilliland Beckman of Riverton, Wyoming.

She was preceded in death by her parents, by sisters Doris (Floyd) Johnson and Elizabeth (Edward) Bogacz of Riverton, by her nephews Paul, Richard, and Gary Johnson of Riverton, and by great-grandson Kayden Christensen of Smithfield, Utah.

She was born in Riverton on October 26, 1932, and grew up in the Riverview Valley. After graduating from Riverton High School, she attended business school in Quincy, Illinois. She then returned to Wyoming and lived in Casper, and there met her future husband Donald, a geologist. They were married on August 10, 1952, in Casper and lived in Billings, Montana, before moving to Charlottesville in 1957.

Mrs. LeVan was employed by the University of Virginia in Charlottesville for over 30 years, where she was loved and respected by faculty and students alike. Mrs. LeVan, with deep roots in Wyoming, took great pride in unexpectedly discovering late in life that her maternal ancestors, the Gillilands, had been among the early settlers of Virginia’s Shenandoah Valley before venturing further westward in the late 1700’s and eventually settling in the Riverton area.

The family wishes to express gratitude to the caregivers and staff at the Hospice House in Charlottesville and to the many dear friends who gave love and support to Wilma Jean throughout her long illness.