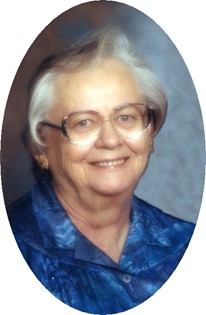 Guestbook 5
A Celebration of Life will be held at a later date for Doris Jean Allington, who died December 24, 2014 at her home in Pavillion, Wyoming surrounded by her loved ones. As per her wishes, cremation has taken place.

She married Kenneth Allington in Belfry, Montana on November 5, 1953. He was her high school sweetheart and the love of her life. They spent 55 years together and raised 5 children. Her children, grandchildren and great grandchildren were the center of her life. She was very loving and caring, putting everyone before herself. She felt that her family was her greatest accomplishment and always believed in strong family ties.

She spent 30 years in Jeffrey City before her and Kenny retired in Pavillion where they lived the remainder of their lives.

Doris enjoyed reading, jig saw puzzles, writing letters and sending cards to keep in touch with her kids, grandkids and great grandkids. She also enjoyed family reunions, camping and those special barbeques that were held once a year. She loved watching her family at these occasions.

Mrs. Allington was the homemaker of her family until her kids left the house. She then worked as a secretary at the REA in Jeffrey City and was postmaster at the Jeffrey City Post Office until she retired.

Doris spent the last few months under hospice care, so the family was able to keep her at home until she passed on December 24th.

Mrs. Allington was preceded in death by her parents, husband, sister, and a grandson.

Memorial contributions can be made to Friends of Hospice (Frontier Hospice) in care of Davis Funeral Home. The family would like to thank the hospice people for the loving and special care they gave our mom.