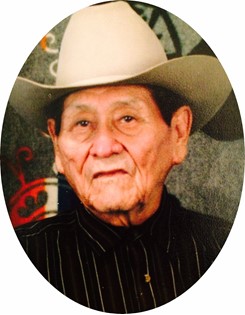 He was born March 17, 1934 in Fort Washakie, son of Chester Owl and Winnie Effie (Trosper) Friday.

Wayne enjoyed participating in team roping and basketball. He loved ranching and horses. He also loved spending time with his grandchildren and great grandchildren.

Mr. Friday worked for various farmers in the Millcreek area, then went to work for the Arapaho Ranch where he was a horse breaker and farm hand. Wayne then was on assignment for Odde Ranch where he then became cow foreman until 1980. Mr. Friday then switched occupations and became a Heavy equipment operator for the Northern Arapaho Tribal Sand and Gravel in 1981 until his retirement in 2000. He lived in the Hot Springs and Fremont County all his life.