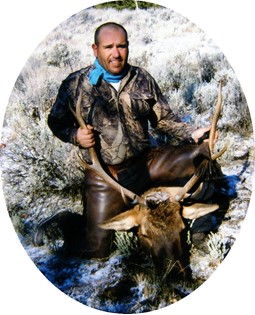 Guestbook 57
Eulalio Jack “Chico” Martinez, 54, of Riverton died Sunday, December 28, 2014 at the Wyoming Medical Center in Casper. Funeral services will be 10:00 a.m., Saturday, January 3, 2015 at St. Margaret’s Gym with fireman funeral honors by the Riverton Fire Department. A reception will follow the service at the Riverton Elk’s Lodge.

Chico was a member of the Rocky Mountain Elk’s Foundation and the Riverton Fire Department.

His family said he enjoyed hunting, fishing, spending time with his family, photography, was an avid Steelers football fan, and enjoyed being a part of the Riverton Fire Department.

He is preceded in death by his grandparents, Jack and Dorthy Raymond; Eulalio and Mary Martinez; sister-in-law, Laurie Martinez; niece, Kahla Martinez; and nephew Kota Martinez.

Memorials may be made to the Martinez family in care of the Davis Funeral Home, 2203 W. Main Street, Riverton, WY 82501.