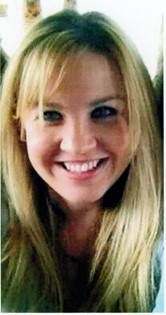 Guestbook 10
On Christmas morning God received the greatest gift of all. Jessie Jamerman closed her beautiful blue eyes and joined him in heaven. The angels reached down to Greeley, Colorado and helped her to make the journey.

Jessie was born April 16, 1982 to Justin and JoDee Jamerman in Riverton, Wyoming.

Her greatest accomplishments in her life were her sons, Morgan and Tate. She will be watching them from heaven.

She is preceded in death by her Grandparents Gordon and Louise Frisby and Jay Jamerman.

Services will be held January 17th at 2PM at Davis Funeral Home.

Donations may be made to North Colorado Medical Center Foundation – Hospice in Greeley, Colorado.

To live in hearts we leave behind is not to die