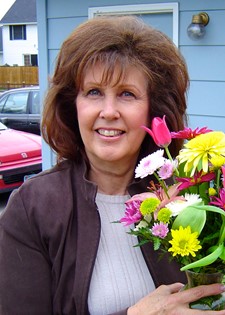 Guestbook 8
Jane Wright, 70, of Riverton, passed away on Wednesday, December 31, 2014 at her home. Funeral services will be held on Monday, January 5, 2014 at 1:00 pm at the LDS Stake Center in Riverton, Wyoming. A viewing will precede the funeral beginning at 12:00 p.m. Bishop Marc McLaughlin will officiate.

Jane Catherine Chatterton was born on March 25, 1944 in Los Angeles, CA to Don Buckley and Rebecca (Henderson) Chatterton. She grew up in the San Diego area and graduated from San Diego High School. On August 25, 1962 she married George Gilbert Wright in the Los Angeles LDS Temple. In 1979 she and George moved to Mapleton, UT where they made their home until they moved to Riverton, WY in 2002.

She was an active member of the Church of Jesus Christ of Latter Day Saints where she voluntarily served as the Relief Society President, the Young Women’s President. She was also a member of The Daughters of the Utah Pioneers, and was currently serving as Captain in Fremont County.

Raising her 7 children was the joy of her life. After her children were grown, she worked as a manager of an art Gallery, Frameworks Repartee, in Orem UT. After moving to Riverton she used her gifts with colors, patterns, and her bright personality to work as a sales rep at Gales Carpet One.

Jane could light up a room and was quick to get everyone smiling and laughing. She made friends everywhere she went, and she was loved by many. She loved making quilts, and made them for her children, grandchildren, and great grandchildren. She also loved cooking, gardening, sewing, scuba driving, and traveling. She loved spending time with her grandchildren and her dog, Bruce.

She was preceded in death by her parents, Don and Rebecca “Pat” Chatterton and her brother, Nick Chatterton.