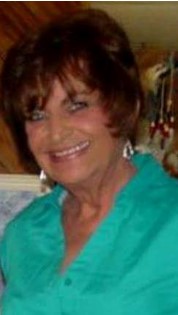 A funeral service will be held on Wednesday, January 7, 2015, at 2:00 pm at Davis Funeral Home with Echo Klaproth officiating. Burial will follow at Mountain View Cemetery.

Jacqueline Irene Penney was born on January 31, 1951 in Checotah OK to Herbert Samuel and Irene (Mendenhall) Penney. She attended school in Tolleson, AZ, graduating from Union High School in 1968. She attended Central AZ College for two years and after moving to Riverton in 1979, finished her Accounting Degree from Central Wyoming College.

On February 3, 1968 she married Kenneth Lane in Tolleson, AZ. They raised two sons together.

She was of the Pentecostal faith and was a devout Christian. She spent the last several years of her life sharing the faith through Facebook and emails.

She worked for Realty Brokers for three years before opening her own business, JL Bookkeeping.

She loved knitting, crocheting, needlework, being on the computer and gardening. She was always helping organize dinners and donations for people who needed help or for fundraisers.

She was preceded in death by her parents, Herbert and Irene Penney; her brother, Steve Penney; an infant sister; and her in-laws, Chuck and Carolyn Lane.

Memorials may be made to the Alzheimer’s Research in care of the Davis Funeral Home, 2203 W. Main Street, Riverton, WY 82501.