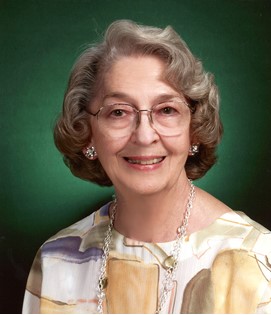 Edith Kathryn Kiser was born on November 11, 1933 in Clarion, PA to Loy Richard and Veda Pearl (Swartzfager) Kiser. She was one of five children, she had one brother and three sisters. She was raised in Clarion, PA and graduated from Clarion High School.

On April 17, 1954 she married the love of her life, Paul E. Bush, in Shippenville, PA. Together they had two daughters. They celebrated their 60th wedding anniversary this last April.

She lived in Billings, MT, Ceres, CA, and many different places in CO. before settling in Riverton in 1972.

She was a homemaker and Avon Representative while her girls were growing up. She later worked at Brunton Co. as a assembler and product inspector.

She is survived by her husband, Paul of the family home; her daughters, Shawna Halasz of Casper, WY and Barbara Bush-Lamming of Abilene, TX; her brother, Harold Kiser of Clarion, PA; her sisters, Joan Over of Clarion, PA, Barbara Kehr of Orlando, FL, and Judy Edgel of Antioch, CA; and her four grandchildren and two great grandchildren.

She was preceded in death by her parents, Loy and Veda Kiser.