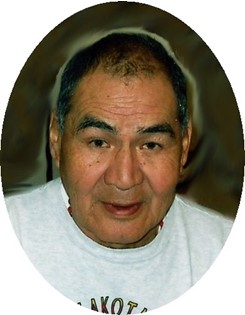 Francis James Washington was born on June 26, 1949 to Otto Washington Sr. and Mary Agnes (Bell) Washington. He lived at the Crow Agency and Arapahoe area. He attended schools at St. Stephen’s, Pierre, and Flandreau, SD.

He was baptized into the Catholic faith and also was a member of the Native American Church.

He worked as a cowboy at the Arapaho Ranch, a fire fighter with the ShoRap and as a care taker for family members. His family said that he enjoyed hunting, fishing, and was very close to his grandchildren and great grand children.

He was preceded in death by his wife, Margaret Washington; his parents, Otto and Mary Washington; the parents that raised him, Lydia and Dan Friday; his brothers, Vincent Washington, Otto Washington, Jr., and Michael Washington; and his grandparents, Isaac and Agnes Bell and Anthony and Bridget Iron.