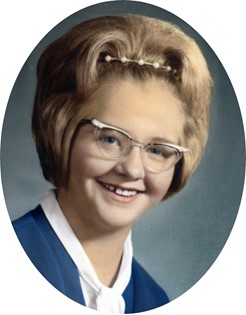 Shirley Mae Moorman was born August 2, 1949 to Leo Merell Moorman and Betty Lou (Lattimer) Moorman Goff in Riverton, WY. She grew up in Riverton and graduated from Riverton High School in 1967.

She married Robert Harvey Hiser in 1970. The moved around following the oil filed throughout Wyoming, Colorado, Louisiana, and Texas, eventually settling in Groesbeck, TX. In August of 1988, after nearly 18 years of being told they could not have children, their miracle child, Melissa was born.

Shirley was very active with the band boosters and was an avid Groesbeck Goats supporter for baseball and football. She worked in the school district for 14 years, and touched the lives of many students who remember her fondly as a person who was always there for them and willing to offer advice or a shoulder to cry on.

In 2014, Shirley and her family moved back to Wyoming, settling in Rawlins, where she was instrumental in helping raise her grandson, Trysten, while Melissa and Will embarked on a new adventure with the Wyoming Department of Corrections at the Wyoming State Penitentiary.

According to her family, Shirley enjoyed spending time with her family, reading, sewing, and any kind of sporting events, and was a diehard Texas Rangers and Denver Bronco fan.,

She is survived by her husband, Robert of Rawlins; her brothers, Terry Moorman and his wife Danette of Mountainburg, AR and Duane Moorman and his wife Kathy of Riverton; her sisters, Barbara Moorman of Yakima, WA and Susan Montz and her husband, George of Riverton; her children, Melissa Wren and her husband Will of Rawlins, William Hiser and his wife, Dana of Lander, and Robbie Hiser of Thermopolis; her five grandchildren, five great grandchildren; and numerous nieces and nephews.

She is preceded in death by her parents, grandparents, her sister, Betty Jo Moorman and her nephew, Shawn Moorman.

On-line condolences may be made to the family at www.thedavisfuneralhome.com