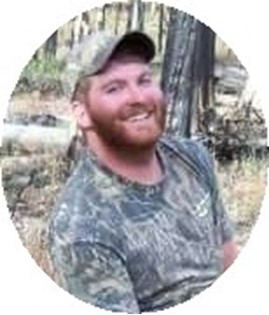 Memorial contributions would be appreciated to the Fremont County Search and Rescue or PAWS for Life in care of Davis Funeral Home.

Reese was born January 12, 1987 in Moab, Utah to Jennifer Whitmer. When he was 4 yrs. old Jennifer married Ken Vechnak who legally adopted him and always accepted him as his own son. Bill Lozar, Jr. was another dad to Reese since he was 8 yrs. old.

He was raised and attended school in Green River where he graduated high school. He then received his Associates Degree from West Wyoming College in Rock Springs. During college he worked at the Collins Ranch in Kemmerer. The family said he always enjoyed going back to the ranch. He worked as an intern for Encana and after he earned his college degree, he relocated with Encana to Riverton 8 years ago.

He was a member of the Fremont County Search and Rescue.

Survivors include his parents, Jennifer Whitmer and her husband, Bill Lozar, Jr. of Green River, Wy and Ken Vechnak of Rawlins; brothers, Clint Vechnak and his fiancé, Andrea George of Rawlins, Billy Lozar and his fiancé, Jody Wilson of Perryton, TX; sisters, Leslie Rodriguez and her husband, Eric of Rapid City, SD and Lisa Lozar of Marble Falls, TX; grandparents, Larry and Alene King of Orem, UT and Beverly Lozar of Satanata, KS.

Mr. Vechnak was preceded in death by his paternal grandparents and maternal grandfather, Leroy Swapp Whitmer.

On-line condolences for the family may be made at theDavisFuneralHome.com