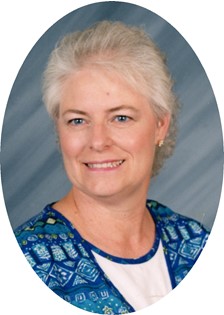 
Shirley Barrett, 64, of Riverton, died on Tuesday, February 24, 2015, at the Help for Health Hospice Home in Riverton. A memorial service will be held on Thursday, March 5, 2015, at 10:00 am at Davis Funeral Home. Pastor Echo Klaproth will officiate. A potluck reception will follow at the Eagles at 12:00 noon.

Shirley Ann Coffelt was born on July 15, 1950 in Fresno, CA to Cleveland Elro and Betty Jean (Light) Coffelt. She was one of six children, three boys and three girls. She grew up and attended schools in California.

On August 5, 2006 she married Delmar Barrett in Riverton, WY. They combined their families and became a family of five boys and one girl. She enjoyed her time with the family.

She had lived in Riverton for 34 years and had varied work experiences. She was a truck driver for Rocky Mountain Agronomy, work for Natural Health Solutions, was a cook, waitress and was a dietician for Wind River Healthcare.

She was former member of the Eagles.

In her free time she enjoyed crocheting, sewing, cooking, and since she had taken art lessons years ago she worked on different types of art including decoupage. Her favorite hobby was gardening.

She was preceded in death by her parents, Cleveland and Bettie Coffelt and a brother, Cleveland Coffelt, Jr.