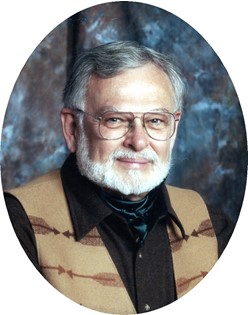 Guestbook 8
Richard “Rich” Hardt, 70, of Riverton died on Thursday, February 26, 2015, at the Wyoming Medical Center in Casper, WY. As were his wishes, no services will be held.

Richard William Hardt was born on February 20, 1945 in Gary, IN to Lloyd Perry and Grace (Hendricks) Hardt. He graduated high school from Merriville High School Merriville IN in 1963. He then received his Bachelor of Arts Degree in Education from Ball State University in Muncie, IN in 1967. He continued his education receiving his Master of Arts Degree in Education in 1969 and his Ed.D S of Education both from Ball State University in 1978.

He was of the Scots Presbyterian faith.

He was a member of the Wyoming Modelers Park (WyMoPa), the Wyoming Amateur Monitoring Enthusiasts (WYAME) and the Amateur Radio Relay League (ARRL).

He grew up in the Merrillville and Crown Point, IN area moving to Mishawaka, IN in 1974. He then moved to Kansas City, MO and Cheyenne, WY form 1994 to 1998. Coming back to Mishawaka, IN from 1998 to 2000, and finally to Riverton, WY in 2000 where he lived until his passing. Rich started his educational career with the Merrillville School system teaching 6th Grade at Sauk Elementary School, then becoming their principal. In 1974 he started in the Penn Harris Madison Incorporated School District as the Principal of Walt Disney Elementary School in Mishawaka, IN. Moving on to their ESC offices as an Administrator and was there until 1991. Rich then became an independent technology consultant for various school systems and construction firms. He co-founded the consulting service Astra Phoenix in Kansas City, MO and was there from 1994 until moving to WY in 1997. While in WY he worked as the Technology Director for Laramie School District #1. He returned to Indiana briefly working for Speicher Field and Assoc. Rich returned to WY and settled in Riverton in 2000, he worked for Wyoming.com before going back into education and working for the Wyoming Department of Education in Special Services from 2003 to 2008. He then was appointed to the Wyoming Department of School Facilities Commission, where he stayed until his retirement.

His family said that he lived a very robust life filled with lots of interest and was a mastermind to more than they will ever know. He had a lifelong love of the of HAM radio and building radio controlled airplanes and boats. He loved spending time with his family which included his Newfoundland and Scottie dogs.

He is survived by his wife, the former Patricia “Pat” Sullivan his two daughters, Lori Ann Hardt (Brian) Miller, Pamela Lynn Hardt (Josh) Moore. His three grandchildren, Graison Miller and Oliva and Wyatt Moore. He also is survived by his three step children, Lisa Ann Lowham, Michael Sanchez, and Christina Marie Mills; his 5 step grandchildren; his sister-in-law, Mindy Hardt of Crown Point, IN; his nephew Jeff Hardt and his family; and his niece, Beth Salsman and her family.

He was preceded in death by his parents, Lloyd and Grace Hardt; his brother, Charles Hardt; and his nephew, Tim Hardt.