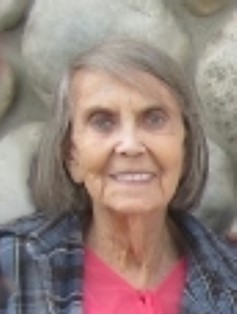 Mary Francis Jackson was born on January 14, 1935, in Kilgore, NE to Clarence L. and Nora (McKie) Jackson. She grew up in Nebraska with her two brothers and three sisters.

On May 2, 1966 she married Larry Larimore in Norfolk, VA. They were just one month of celebrating 49 years together. They raised a family of five boys and three girls. The family moved to Wyoming living in Cheyenne for seventeen years before moving to Alpine where they lived for twenty-two years. A year and half ago she and Larry moved to Riverton.

Her family said that she loved reading books and camping. She was an involved parent being in the local P.T.A. organization and was a Cub Scout and Girl Scout Leader. Her family was very proud of her when she received the Silver Fawn award for her service with the Scouts.

She was preceded in death by her parents, two brothers, and three sisters.

On-line condolences may be made to the family at www.TheDavisFuneralHome.com . Services under the direction of Davis Funeral Home.