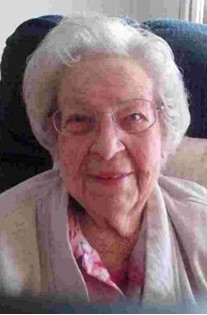 Dorothy Irene Maxson was born on November 27, 1923 in an old farmhouse in Southwest Missouri near Liberal, Barton County to Oren Curtis and Susan Ann (Jones) Maxson. She was the fifth child of seven children in the family. She grew up during the early Great Depression but never remembered going hungry as the family had a cattle for milk, cheese, and butter, hogs to butcher for meat and extra lard, and chickens for meat and eggs. When she was in third grade the family moved near Silver City, IA. She attended a one-room schoolhouse with 32 other children. She moved again in 1934 to Burwell, NE and finally to Pavillion, WY where she graduated high school with the class of 1941.

The day after graduation, May 14, 1941, she married Joe G. Eisemann at the home of the Methodist Reverend Marie Newell. They returned to her families home to celebrate their marriage and her parents’ 27th Anniversary. Together they raised three children, Josephine, Daniel and Farron. They moved to town in 2001.

She and her husband farmed a small acreage east of Pavillion for three years, spending the winters at her father-in-laws homestead while he wintered in NE. After he father-in-law passed they moved to the homestead and farmed there until 1971 when they purchased a larger one on North Muddy Road off of North Portal Road. While working on the farm and raising three children, she also worked as the lead person in the Warranty Repair area of Eaton/DH Print. She retired 1995 after having back surgery.

She enjoyed sewing, crocheting, painting, gardening, and canning for her family. She and her husband traveled with their youngest son, Farron, to Horseshoe Tournaments all across the United States. Their oldest son, Daniel, became a doctor with the military and lived in different countries. They traveled to Germany and saw three different countries while touring there.

She was quoted saying, “Was a good life, traveled almost coast to coast and half way around the world. Observed 60 years of marriage before my husband passed away. Content and proud of my family, 3 children, 6 grandchildren and families, and 14 great grandchildren.”

She was preceded in death by her husband of 60 years, Joe Eisemann in 2001; her parents, Oren and Susan Maxson; her brothers, Johny Maxson, Art Maxson, and Alfred “Bud” Maxson; and her sister, Elnora Maxson.

Memorials may be made to the Paradise Valley Ladies Helping Hand Club in care of the Davis Funeral Home, 2203 W. Main Street, Riverton, WY 82501.