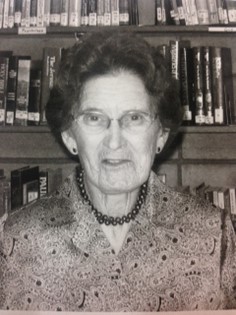 Guestbook 2
Helen Louise Fillion, 98, of Riverton, died on Tuesday, March 31, 2015, at the Popular Living Center in Casper. There will be no local services. She will be inurned in Maryland at the family plot at a later date.

She married Paul Fillion on May 26, 1943 in Westminster, MD. They had one daughter, Ann.

She taught for Carroll County Public Schools for over 30 years.

She volunteered at the Riverton Public Library, Central Wyoming College Library, and Carrol County Public Library and was a member of the Daughters of American Revolution

She was preceded in death by her parents and her brother, Paul R. Shipley.