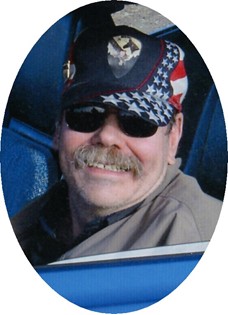 Jerry Dick, 67, of Riverton, died on Wednesday, April 8, 2015, at his home. A viewing will be held on Sunday, April 12, 2015, from 5:00 pm to 7:00 pm at Davis Funeral Home. A funeral service will be held on Monday, April 13, 2015, at 2:00 pm at Davis Funeral Home with Pastor Scott McFarland of the Cornerstone Community Church officiating. Burial will follow at Mountain View Cemetery with full Military Honors.

Jerry Lee Dick was born on November 22, 1947 in Riverton, WY to Lester Ray and Nova Morline (Waldron) Dick. He was one of three children, two boys and one girl. He attended schools in Riverton and graduated from Riverton High School with the class of 1966.

Shortly after graduation he went into the U.S. Army and was stationed in Vietnam. He was with the 15th Medivac 1st Air Calvary Unit as a Doorgunner. He was wounded on July 28, 1968 while serving in Vietnam and was honorably discharged. He returned to Riverton where he lived the rest of his life surrounded by family and friends.

He was preceded in death by his parents, Lester and Nova Dick, grandparents, Ray and Maude Dick, George Waldron and Ethel Waldron Burns.