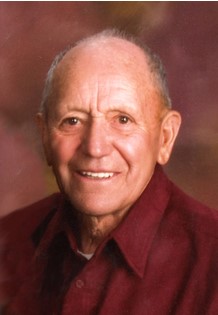 Guestbook 6
Richard Howard “Dick” Welch, 88, died April 10, 2015 at Kindred Nursing and Rehab in Riverton, Wyoming. Cremation has taken place under the direction of Davis Funeral Home. He was born January 3, 1927 in Casper, Wyoming, son of Emmitt Dalton and Mildred Omie Eaton Bagent Welch. Dick grew up in Osage, Wyoming and graduated high school in Newcastle, Wyoming. He served in the U.S. Army in the Korean Conflict. On March 17, 1958, he married Dawna May Wisner in Bridger, MT. Mr. Welch lived in Riverton for over 50 years, but traveled extensively for his work. He was an Ironworker for over 30 years and after retirement worked for, Bi Rite Drugstore, Tom Youtz Ford and the City of Riverton. He loved to fish and hunt with his family and friends. He also enjoyed rock hunting and used his skills as an ironworker to create art and silhouettes out of metal in his spare time. Dick was a member of the Masonic Temple and VFW. He was baptized on January 24, 2015. Survivors include his daughter, Cindy Halverson of Riverton, WY, his son, Michael Welch and his partner, Robert Morgan of Los Angeles, CA, one grandson, Dustin Welch and his wife, Lacey and 2 great grandchildren, Treston Welch and Sam Murray. He was preceded in death by his wife, Dawna Welch, his mother, Mildred Eaton his step-father, Louis “Tubby” Eaton and his father Emmitt Dalton Welch. On-line condolences may be made to the family at www.TheDavisFuneralHome.com Arrangements are under the direction of Davis Funeral Home. No services will be held. Donations in his memory can be made to: The Lander Pet Connection, a very small organization of unpaid volunteers dedicated to saving the homeless and abandoned companion animals in the Fremont County area.