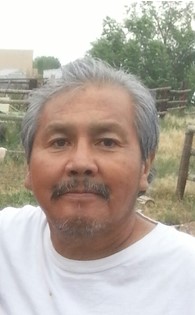 Erwin R. Teran was born on November 27, 1956 in Lander, WY to Booker T. Teran and Martha (Wesaw) Teran. He attended schools in Fort Washakie, WY and Flandreau, SD. He was a life- long resident of the Wind River Reservation.

His family said that he enjoyed fishing, golfing, telling stories to friends and family about his work as a seismographer all over the United States. He loved spending time with his family, especially his grandchildren.