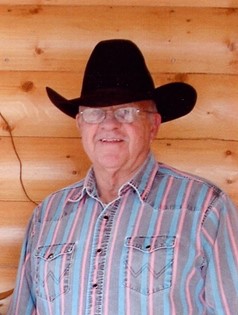 Clifford “Geezer” Fabrizius, 78, of Riverton, died on Thursday, April 23, 2015, at Sage West Hospital – Riverton. A memorial service will be held on Saturday, May 2, 2015, at 2:00 pm at Davis Funeral Home. Inurnment will follow at Mountain View Cemetery with military honors.

Clifford George Fabrizius was born on October 24, 1936 in Arapahoe, WY to George R. and Violet E. (Wilson) Fabrizius. He grew up and attended schools in Fremont County, graduating from Riverton High School.

After graduation he joined the U.S. Navy on November 30, 1954. He served on the USS Worcester during the Korean War as a Boilerman. One of his most memorable times while in the Navy, was drinking with Loretta Lynn. He was honorably discharged on December 2, 1958 and returned to Riverton.

On June 27, 1959 he married his wife of 55 years, Sherry Lock, in Riverton, WY at the United Methodist Church. They made their home in Riverton and raised two sons.

He worked on many ranches in the area including for Lloyd Allen and the Dumb Bell Ranch. He helped build the Riverton County Club and Golf Course. He then worked and retired from BRS reclaiming mining areas. He worked in the Fremont County area doing reclamation and also spent eight years in Naturita, CO reclaiming the uranium mining town of Uravan, CO.

He was a lifelong member of the Riverton Elks, BPOE.

His family said that he enjoyed hunting, fishing, and team roping with his two sons. He also loved spending time with his family in the mountains.

He is survived by his wife, Sherry of Riverton; his sons, Billy Fabrizius and his wife Denice of Riverton and Harley Fabrizius and his fiancé, Macy, of Dubois, WY; his sister, Marian Robinson and her companion, Richard Warren; his grandchildren, Cortnee Hilim, Amber Bringolf, and Courtney Riddle; his great grandchildren, Kaleb, Cole, Kelsia, Tysen, Treyce, and Kyra; his niece, Lori Andrashko and his nephews, Rick Robinson, and Rod Robinson.

Memorials to the family would be appreciate in care of Davis Funeral Home, 2203 West Main Street, Riverton, WY 82501. On-line condolences may be made to the family at www.TheDavisFuneralHome.com.