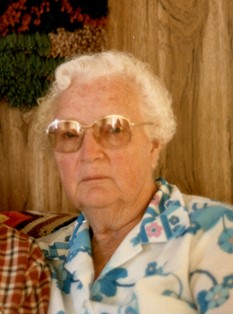 Guestbook 1
Meta Bokelmann-Shirley passed away April 13, 2015. Cremation has taken place and there will be no services per her request.

Meta was born July 28, 1914 to Ernest and Ester J. (Frautzen) Bokelmann in Gardnerville, NV and graduated from Douglas County High School in 1933.

She married Thara William Shirely July 3, 1935 and together they raised four children in the Reno-Sparks area. In their retirement years, the moved to Riverton, WY in 1978.

She enjoyed watching sports on TV, word finds, puzzles, and all kinds of needlework.