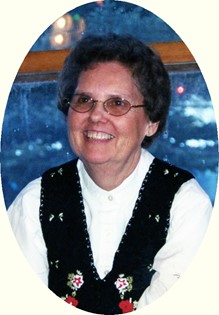 Guestbook 4
Alyse L. Bell, 75, of Glenrock, WY, died at her home on Wednesday, May 13, 2015. A memorial service will be held on Wednesday, May 20, 2015, at St. Thomas Episcopal Church in Dubois, WY at 10:00 am with Reverend Melinda Bobo officiating. Inurnment will follow at the Dubois Cemetery. A second memorial service will be held in her home town on Thursday, May 21, 2015, at 10:00 am at the Christ Episcopal Church in Glenrock with Father Royce Brown officiating.

Alyse Lorraine Guse was born in Hot Springs, SD to Neal and Mary (Chuman) Guse. She was the only girl out of four children and was raised in Jackson, WY. She graduated high school in Jackson and went to the University of Wyoming where she earned her Bachelor’s Degree in Teaching.

She married her husband, Walter D. Bell, on February 21, 1960, in Carmel, CA. They moved to Dubois in 1969 and raised their son and daughter there. After Walter passed in 1994, she stayed in Dubois until 2007 when she moved to Glenrock.

She was a member of the Kiwanis and also the WEA.

She was an elementary teacher with School District #2 in Dubois until she retired. She and her husband bought the Dubois Texaco Station in 1969. It became a family owned business which they owned and operated until 2005.

Her family said she enjoyed reading and being active in her church.

She was preceded in death by her husband, Walter Bell in 1994, her parents, Neal and Mary Guse; and her brother, Donnie Guse.