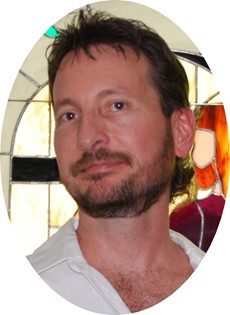 
Paul R. Kotas, Jr., 50, of Riverton, died at his home on Tuesday, June 9, 2015 surrounded by those he loved and those who loved him. A memorial service will be held on Saturday, June 13, 2015 at 2:00 pm at the Neighborhood Alliance Church. A reception will follow in the Fellowship Hall.

He was baptized and confirmed in the Trinity Lutheran Church in Riverton.

He moved to Phoenix, AZ for 15 years, coming back to Riverton in October of 1998.

On July 10, 2007 he married Dena Lynn Moyer-Nantt at the Hillcrest Baptist Church. She was his soul mate and the love of his life.

He worked as a Technician for 30 years specializing in security systems. He worked for Safe Guard, Com Tronics and Blackhawk-SPC. He loved and took pride in what he did and excelled at his work always learning the most current technology.

He loved remodeling and took great pride in his home. He enjoyed technology, building computers and loved the game of pool.

He is survived by his wife, Dena of Riverton; his daughter, Taylor Irene Kotas of Riverton; his parents, Donna and Jeff Hutchison of Riverton and Paul Kotas Sr. of California; his parents-in-law, Betty and Geoff Tipton, of Albuquerque, NM; his brother; Jerome Hutchison and his wife Stephanie of Riverton; his sister, Leanna Lynn Fuhrer and her husband Jim of Casper; his great wonderful aunt, Susan Devine; and numerous aunts, uncles, cousins, nephews, nieces and many friends.

He was preceded in death by his grandparents, William and Irene Brodle, Ella and Ozzie Kotas, and Wendell Hutchison.