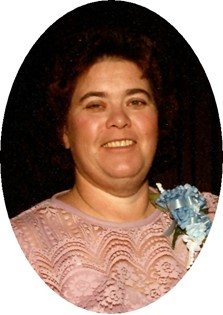 
Funeral services for Margaret Thompson, 74, will be held 10:00 a.m., Saturday, July 11, 2015 at Davis Funeral Home with Ted Ray officiating. Interment will follow at Mountain View Cemetery. Memorials may be made to the National Federation of the Blind in care of Davis Funeral Home.

Margaret passed away at Sagewest Hospital in Riverton, Wyoming on July 6, 2015.

She was born January 27, 1941, daughter of Albert W. and Opal M. (Bunner) Schumacher in Riverton, Wyoming. She attended schools in Riverton, where she also graduated high school.

Margaret enjoyed listening to books on tape and before she lost her sight, she loved to paint.

She was a member of the Eagles Auxilliary and the National Federation of the Blind.

She was preceded in death by her parents, her husband of 40 years and her brother, Gordon Schumacher.