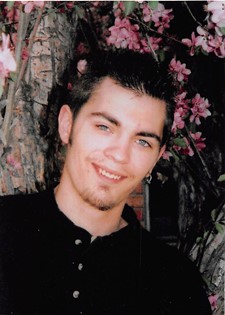 
Private graveside services will be held at a later date for Lawrence V. “Larry” Trompke, II, at the Hudson Town Cemetery.

Larry Trompke, 27, died from complications of a Pancreatic Tumor on July 13, 2015 at Sagewest Hospital in Riverton, Wyoming.

He was born December 8, 1987 in Woodland, California, son of Lawrence V. and Myrna K. (Christensen) Trompke. His family moved to Riverton, Wyoming in 1991. He attended Riverton schools and graduated Riverton High School May of 2006.

Shortly after graduation, Larry relocated to Rock Springs. After living there for a year, he moved to Billings, MT and lived there for 5 years. He recently moved back to Riverton, where he was getting his life reorganized with his number one supporters, his family.

Through all the journeys that Larry had, he managed to work in a field that he was truly passionate about; cooking food for others. He enjoyed trying new things and mixing ingredients together to make new recipes.

Growing up, he was a member of the All-Star Baseball team and also found an interest in playing golf. He also enjoyed anything to do with electronics and entertainment where he could let his imagination run wild. In his free time, he liked to draw and practice calligraphy.