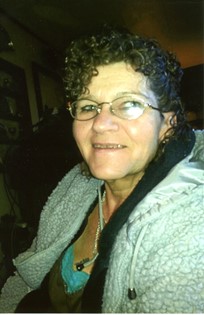 Cheri Joeann James was born on January 23, 1961 in Riverton, WY to Clifford Albert James Jr. and Doris Elaine (Wallingford) James. She grew up in Riverton with two sisters and two brothers. She attended Riverton schools and graduated from beauty school in 1990.

In 1981 she married William McNew and together they had one daughter, Michelle. They later divorced. She married Alfred Platt in 2008 and they separated in April 2015.

She worked for Shear Delight as a cosmetologist and enjoyed her job and her clientele. Due to health issues she was forced to give up her job and became disabled.

She loved spending time with her daughter and granddaughters, fishing, music, and her dogs, Ladybug and Blaze. She loved everything and everyone, made friends where ever she went and had a laugh and smile that would change anyone’s mood to a positive one.

She was preceded in death by her parents, Clifford and Doris James, and her sister, Pamela James.