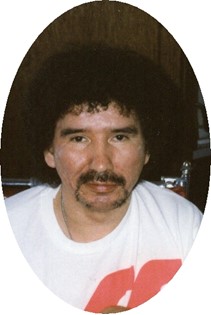 A rosary was held Monday evening at the Davis Funeral Home of Riverton with a second rosary at 7 p.m. Tuesday at St. Stephen's.

Lloyd Clement Frazier, Jr., was born in Thermopolis on June 16, 1954, the son of Lloyd C. Frazier, Sr., and Susanna (Addison) Frazier. He was a life-long resident of Fremont County.

He attended Flandreau Indian School in South Dakota and had spent eight years at the nursing home in Powell.

Mr. Frazier was a member of the Roman Catholic faith and St. Stephen's Catholic Church. He was an active churchgoer.

His family said he interacted with the homeless, was an avid horseman before his accident which rendered him a quadriplegic.

Before being disabled, he worked as a cowboy and ranch hand.