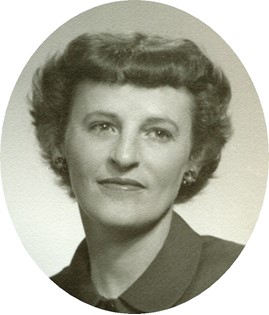 Guestbook 3
Memorial services for Bonnie Peters of Riverton will be at 2 p.m. Thursday, April 3, at the United Methodist Church of Riverton. The Rev. Don Schlichting will officiate. Cremation has taken place and inurnment will be held later. Mrs. Peters died Saturday night, March 15, 2008, at Wind River Healthcare in Riverton. She was 90 years old. Bonnie Orchard was born in Ansley, Neb., on March 7, 1918, the daughter of Joseph and Mary (Dobish) Orchard. She was graduated from high school in Ansley and received her teaching certificate from Chadron (Neb.) State College. On May 29, 1940, she married Pete Peters in Riverton. She lived in Ansley for 20 years, 1918-1938; in Riverton for 47 years, 1938-1987, in Arizona City, Ariz., for eight years, 1987-1995, Morgan Hill, Calif., for five years, 1995-2000, and returned to Riverton in 2000 for her final eight years. Mrs. Peters was a member of the United Methodist Church, belonged to the Auxiliary of the Veterans of Foreign Wars, and the Order of the Eastern Star. Her family said she enjoyed playing golf, fishing, sewing, painting and gardening. Mrs. Peters worked as a receptionist for Wind River Medical Group from 1949 to 1962, and as office manager for Riverton School District 25 from 1963 to 1983. Survivors include a son, Col. Larry Peters, USAF(Ret.) of Dubois; daughter-in-law, Mary Lynne Peters of Dubois; sister, Rachel Riese of Beaverton, Oregon; two grandchildren, and three great grandchildren. She was preceded in death by her husband, Wyoming Highway Patrol Lt. Pete Peters in 1973; a daughter, Linda Jorgensen of Morgan Hill, Calif., in 1999; her parents, Joseph and Mary Orchard in Ansley, Neb.; brothers, Don Orchard of Coos Bay, Oregon, and Art Orchard of Ansley, Neb., and a sister, Vivian James of Oconto, Neb. On-line obituaries are available and condolences for the family may be made at: thedavisfuneralhome.com Memorials may be made to the United Methodist Church, PO Box 6118, Riverton, WY 82501. Services are under the direction of the Davis Funeral Home of Riverton.