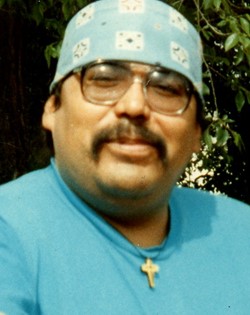 Larry Duane Blackburn was born on July 30, 1961 in Riverton, WY to Andrew James and Ruby (Highpine) Blackburn. He grew up in the Riverton area and surrounding communities. He attended boarding school in Oklahoma and received his associate degree in Auto Technology from Central Wyoming College.

He worked on oil rigs most of his life and fixed cars on the side for other people.

He married Alvina J. Dewey on July 25, 1989 in Riverton, WY. They lived and raised their family in and around Riverton.

He loved to travel to see family and going to Powwows, his Native American ways, and hanging with his family kids and grandkids.