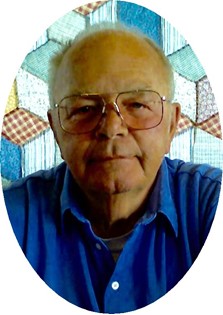 Guestbook 5
A memorial service for Dale Wesley Hovander, 72, will be held 2:00 p.m., Wednesday, August 26, 2015 at Davis Funeral Home. Cremation has taken place. Memorial contributions to PAWS would be appreciated in care of Davis Funeral Home.

He was born August 30, 1942 in Powell, Wyoming, son of Hawley G. and Frances O. (Ferguson) Hovander. He lived in Powell until 1946 when the family moved to Riverton. Mr. Hovander served in the United States Air Force and was Honorably Discharged. On October 22, 1961, he married Sandra L. Dess in Riverton, Wyoming. After he was discharged, the couple moved to California, where he fueled airplanes at the airport and then became a truck driver. After 6 years in California, the couple moved back to Riverton to help with his family’s tire shop business. He then owned S&D Enterprises and Fairwinds Co.

Dale enjoyed hunting, fishing, camping, tending to his yard and garden. He liked to spend time reading, eating breakfast at the Sundowner with his friends and spending time at the Casino, where he lost most of the time. In Dale’s younger years he was an avid bowler and enjoyed rafting down the Snake River.

Survivors include his wife, Sandy Hovander of the family home in Riverton; brothers Steve and Cindy Hovander of Green River, WY and Richard and Mary Hovander of Riverton, WY; numerous nieces and nephews.