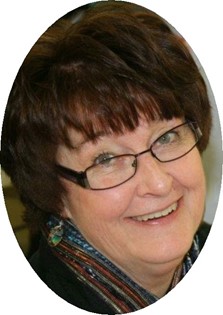 Guestbook 12
Judy L. Rinehart, 64, of Riverton, died on Tuesday, August 18, 2015, at the Help for Health Hospice Home. A memorial service will be held on Saturday, August 22, 2015, at 10:00 am Davis Funeral Home. Pastor Echo Klaproth will officiate. Inurnment will follow at Mountain View Cemetery. Following the burial a pot luck reception will be held at the Riverton Elks Lodge.

Judy Lynn Jones was born on July 28, 1951 in Riverton, WY to Edward and Ruth (Kemmerer) Jones. She was raised in Riverton with her three brothers and one sister. She graduated from Davis High School in Farmington, UT with the class of 1969.

Judy was of the Christian faith.

She married Bob Lane and together they had two daughters and later divorced.

She lived the majority of her life in Riverton but has also spent some time in Farmington, UT and Pocatello, ID.

She had been a member of Jaycees in her young years.

Her family said she enjoyed reading, stained glass, and cooking. She loved spending time with her children and grandchildren.

She was preceded in death by her father, Eddie Jones and her brother, Mitch Slane.