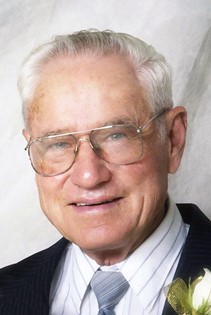 A memorial service will be held Saturday, October 17, 2015 at 2:00 PM at Davis Funeral Home. The Riverton Elks Lodge will be conducting the service.

DeVere was born November 3, 1928 in Livingston, Montana to William A. and Icel Wright. He grew up in Mammoth, Wyoming and spent his formative years in Yellowstone Park. It was there, where he developed his passion for the great outdoors.

In 1950, he married Doris Loghry in Billings, Montana. They made their home and raised their three children in Riverton.

DeVere had a 42 year career with the RVEA as a lineman. He retired in 1990. In his retirement years, he became very active in the Riverton Elks Lodge.

He was preceded in death by his daughter, Dianne Wright, and his parents, William A. and Icel Wright.

In lieu of flowers, contributions in memory of DeVere may be given to: (Riverton Elks Lodge) WEST, needy youth fund or a local Hospice of your choice.