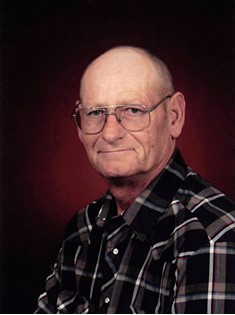 
Bruce Lamb, 72, of Riverton, died on Sunday, October 18, 2015, at Sage West Health Care- Lander. A memorial service is scheduled for 11:00 am on Friday, October 23, 2015, at The United Methodist Church in Riverton. The Pastor Mark Rader will officiate.

Bruce LeRoy Lamb was born on June 24 1943 in Burlington, CO to Eldon Homer and Helen (Krueger) Lamb. He grew up in Powell with his brother and sister attending schools there He graduated from Powell High School. After graduation he moved to Yuma, AZ.

He was a member of the United Methodist Church of Riverton.

On February 8, 1962 he married Cynthia Shearer in Yuma, AZ. They made their home there having their first child, whom passed away at the age of 3. After their son’s passing they moved back to Riverton in 1966. They had two more sons and made Riverton their permanent home.

When he moved back to Riverton he worked for Safeway as a meat cutter for many years. Later on his worked with his good friend, Eddie Leake, as a welder and helped with the farming.

He and Cynthia built a log home north of town on Hutchison Road that was his pride and joy and he loved being in there. He enjoyed hunting deer and elk with family and friends, boating and fishing on the Boysen, and was an avid fan of NASCAR.

He is survived by his wife of 53 years, Cynthia Lamb; his sons Michael Lamb and his wife Kelly of Williston, ND and Steven Lamb and his wife Paula of Casper, WY; his brother, Curtis Lamb; his sister, Jeannette Smith and her husband Roger; his grandchildren, Michael Lamb, Dallas Lamb, Serenity Lamb, Nick Burke, and David Burke; his great granddaughter, Kiera Lamb; and numerous nieces and nephews.

He was preceded in death by his parents, Eldon and Helen Lamb; his son, Deland Lamb; his stepmother, June Lamb; his mother and father in law, Claudie and George Shearer; his god son, Mitchell Lamb; and his beloved sister-in-law, Delaine Lamb.