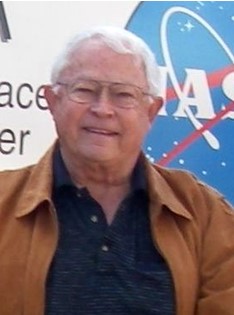 Guestbook 11
Jim Aspinwall of Riverton died on Wednesday, March 19, 2008, at Rose Medical Center in Denver from complications of pulmonary fibrosis. He was 72 years old.

Funeral services will be at 10 a.m. on Tuesday, March 25, at the Neighborhood Alliance Church, at Riverview and Country Club Roads.

Burial will be at Mountain View Cemetery in Riverton with military honors by the Wyoming Army National Guard.

He was graduated from Eastman High School and immediately joined the U.S. Air Force. He was stationed at Opheim, Mont., where he met his future wife, Signe. They were married in 1956.

Their first daughter, Debbie, was born in 1957.

After being honorable discharged from the Air Force, he moved his family to Cocoa Beach, Fla., where he worked for Lockheed Martin, testing missiles. His next job change was working for the same company, but in Denver, Colo. During that time, a son, Philip, and a daughter, Glenna, were born. They family moved to Colorado Springs, Colo., where he worked for Kaman Nuclear for two years.

Mr. Aspinwall then moved his family to Las Vegas, Nev., where he worked testing nuclear bombs at the Nevada test site for five years. The family then moved to Riverton where his primary job was at the Gas Hills as an electrician for Union Carbide. He was with that company for 25 years.

Mr. Aspinwall was active with the Neighborhood Alliance Church, where he served as a Deacon and member of the church governing board. He was also a member of the Veterans of Foreign Wars, UmetcoRetirees, and Gideon's.

His family said he loved landscape painting and won several awards for his work. He belonged to the Riverton Artists' Guild.

Mr. Aspinwall was preceded in death by his daughter, Glenna, who died on Jan. 15, 2008, and by his brother, Jerry.

Memorials may be made to the Neighborhood Alliance Church.

At his request, Mr. Aspinwall was an organ donor.